MOTHER HUNTING (MIRACLE OF A ROSE) 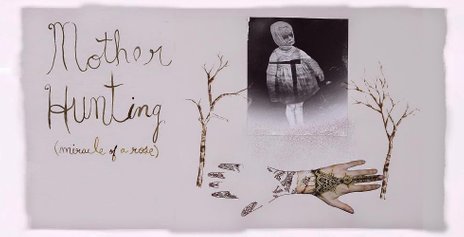 "Ain't nothing but whores, cops, clowns, widows, orphans and maids. An orphan is sold by her mother to become a servant to a mean rich woman with an obsession for plastic surgery. The maids perform nightly surgeries on the vain boss. A revengeful plot against the rich woman leads to the orphan's escape and ultimately initiates her descent

to a criminal life on the streets.

In a parallel world a little girl receives magic red shoes and runs away from her deranged father becoming a clown and a prostitute. Eventually realizing her likeness to her father, she embraces her own lunacy. "He may have turned me away from magic, but not away from madness." The characters sing and dance their way through different realms, time traveling into fading memories. It's hard to tell from who's dream this world emerges, who is the dreamer and who is being dreamt."

Co-created and Performed by